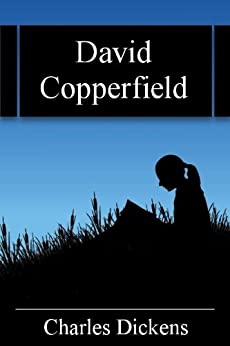 英语版本 Charles Dickens (作者) 格式: Kindle电子书
|
分享
分享 <分享样章>
| 人气
广告
显示所有 格式和版本 隐藏其他格式和版本
This book was converted from its physical edition to the digital format by a community of volunteers. You may find it for free on the web. Purchase of the Kindle edition includes wireless delivery.
阅读更多
Previous page
Next page
›  查看更多商品促销信息

Introduction and notes by Andrew Sanders facilitated a proper understanding of period details and plot structure. I will continue to use this edition in future classes on Dickens's novels. (Helge Nowak, Ludwig-Maximilians-Universtitaet) --此文字指其他 kindle_edition 版本。

Charles Dickens (1812-1870) is one of the most acclaimed and popular writers of all time. His many works include the classics The Old Curiosity Shop, Oliver Twist, Nicholas Nickleby, Barnaby Rudge, A Christmas Carol, A Tale of Two Cities, David Copperfield, Great Expectations, Bleak House, Hard Times, Our Mutual Friend, The Pickwick Papers and many more. --此文字指其他 kindle_edition 版本。

It is one of the provocative complexities of the Victorian novel that while it was instrumental in creating a mass audience for literature, making reading a genuinely collective activity, it could still maintain the illusion of personal intimacy—if only through such devices as the singular direct address "Dear Reader." Dickens did not only publish his work serially, as did most novelists at the time; he actually wrote serially—that is, he composed his novels section by section according to the specifications of the periodical publishing them. This process allowed for changes midstream, sometimes in reply to requests or complaints from readers. In David Copperfield, Dickens is known to have reworked the role of the dwarf manicurist Miss Mowcher, who is introduced as an aider and abettor of young men engaged in seduction, after a letter he received from a woman with whom he had been briefly acquainted, Mrs. Jane Seymour Hill. Mrs. Hill, a dwarf herself, recognized her appearance in the character and argued that her physical deformities were being manipulated into ethical shortcomings. Dickens wrote back to assure her that his characters were always composites and that no harm was meant, but his haste to make amends confirms that at least part of her accusation struck a chord. When Miss Mowcher reappears in the plot, not only is her reputation cleared, but she voices the very maxim that Mrs. Hill had communicated to Dickens—that one must not confuse disfigurement of the body with disfigurement of the soul.

Serial composition also had the potential to bring on the occasional panic attack, for while the public was occupied in wondering what would happen to Little Em'ly, the Micawbers, and Tommy Traddles, their creator could conceivably be wondering the same thing. Charles Kent, in his 1872 commemoration of Dickens's public performances, recalls the admission of one such moment as related by Dickens with "a vivid sense still upon him of mingled enjoyment and dismay":

Somewhere about the middle of the serial publication of David Copperfield, happening to be out of writing-paper, he sallied forth one morning to get a fresh supply at the stationer's. He was living then in his favourite haunt, at Fort House, in Broadstairs. As he was about to enter the stationer's shop, with the intention of buying the needful writing-paper, for the purpose of returning home with it, and at once setting to work upon his next number, not one word of which was yet written, he stood aside for a moment at the threshold to allow a lady to pass in before him. . . . The next instant he had overheard this strange lady asking the person behind the counter for the new green number. When it was handed to her, "Oh, this," said she, "I have read. I want the next one." The next one she was thereupon told would be out by the end of the month. "Listening to this, unrecognised," he added, in conclusion, "knowing the purpose for which I was there, and remembering that not one word of the number she was asking for was yet written, for the first and only time in my life, I felt—frightened!" (Kent, Charles Dickens as a Reader, pp. 45-46). Many of his novels, particularly the later ones, required meticulously plotting in advance, but David Copperfield unfolds relatively simply—perhaps because it relied in part on events of Dickens's own experience, with which he was naturally familiar, but also because its first-person voice dictates a more restricted plot than an omniscient third-person narrator, capable of exposing connections and coincidences among an extensive web of characters, could provide. In his next novel, Bleak House, Dickens would combine these approaches in two distinct narrative strands; the result is a structurally complex work whose denouement links an aristocrat with the lowliest of street-sweepers and touches on every social class in between. But the world of David Copperfield, with the exception of the scene of David's birth (the facts of which he relays on good authority of eyewitnesses), is limited to David's own recollections of events in which he plays a part, and the fabric of society is likewise limited to David's personal acquaintance.

In form David Copperfield is a bildungsroman, a novel that traces the moral and intellectual development of its hero in his or her progress toward adulthood. (Goethe's Wilhelm Meister and other Romantic-era German novels are credited as giving rise to this tradition, hence the German root bildung, or "formation.") But the question of how such development is defined—what constitutes growth, so to speak, and how it is measured—differs widely from author to author and from work to work. In Copperfield, the formation of David's character has far less to do with his acquiring a profession or a fortune than it does with his learning to love responsibly and prudently. The fame and wealth he gains by his pen is a pleasant sidebar, but the real struggle in David's plot is reserved for finding a suitable mate. Toward this goal, David spends much of his youth making an informal study of female prototypes, a parade of women who pass through his life, each with her own lesson to impart. There are the women who fall, giving in to temptation, lust, and love over duty. Then there are the women who, often against our expectations, rise to the occasion—Mrs. Gummidge, who becomes a prop for Mr. Peggotty when tragedy strikes his family, and on a much larger scale, David's great aunt, the formidable Betsey Trotwood, who sets David on a promising path toward adulthood.

Ⅰ I Am Born
Ⅱ I Observe.
Ⅲ I Have a Change
Ⅳ I Fall into Disgrace
Ⅴ I Am Sent Away from Home
Ⅵ I Enlarge My Circle of Acquaintance
Ⅶ My 'First Half' at Salem House
Ⅷ My Holidays. Especially One Happy Afternoon
Ⅸ I Have a Memorable Birthday
Ⅹ I Become Neglected, and Am Provided For
Ⅺ I Begin Life on My Own Account, and Don't Like It
Ⅻ Liking Life on My Own Account No Better, I Form a Great Resolution
ⅫⅠ The Sequel of My Resolution
ⅩⅣ My Aunt Makes Up Her Mind about Me
ⅩⅤ I Make Another Beginning
ⅩⅥ I Am a New Boy in More Senses Than One
ⅩⅦ Somebody Turns Up
ⅩⅧ A Retrospect
ⅩⅨ I Look about Me, and Make a Discovery
ⅩⅩ Steerforth's Home
ⅩⅪ Little Em'ly
ⅩⅫ Some Old Scenes, and Some New People
ⅩⅫⅠ I Corroborate Mr. Dick, and Choose a Profession
ⅩⅩⅣ My First Dissipation
ⅩⅩⅤ Good and Bad Angels
ⅩⅩⅥ I Fall into Captivity
ⅩⅩⅦI Tommy Traddles
ⅩⅩⅧ Mr. Micawber's Gauntlet
ⅩⅩⅨ I Visit Steerforth at His Home, Again
ⅩⅩⅩ A Loss
ⅩⅩⅩⅠ A Greater Loss
ⅩⅩⅩⅡ The Beginning of a Long Journey
ⅩⅩⅩⅢ Blissful
ⅩⅩⅩⅣ My Aunt Astonishes Me
ⅩⅩⅩⅤ Depression
……