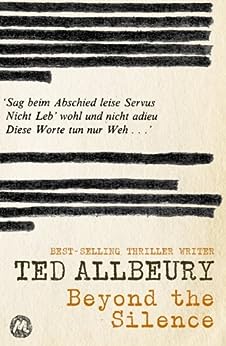 Beyond The Silence (English Edition) Kindle电子书

Lord Carling is one of the great and the good now, but once he was just George Carling,
a privileged young idealist who wrote a letter to the Soviet Embassy to say how much he
admired the way the Russians were resisting the Nazis. And later he was an intelligence
officer for the SIS. A very good officer with very accurate information about the Soviet Union
and a cordial relationship with the Americans.

Now, the whisper has gone round that Carling's information was too good to be honest.
That he was too close to Philby and the other legendary traitors of his era and that he
might have been working for the wrong people.

So SIS sends Tim Mathews to find out what Carling has to say about his past and his
friends. Mathews is surprised when Carling talks candidly about how he found information,
friendship and even love on the other side of the Berlin Wall in the days when the Cold War
very nearly became World War III.


Carling's real secrets are deeper and more astonishing. For he is the man who knows about
Kim Philby's last great coup: the ultimate deception of the Cold War.