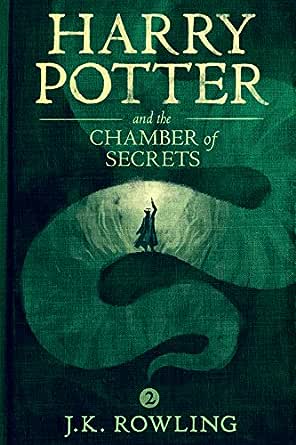 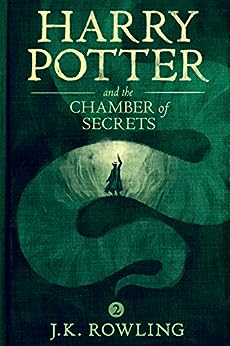 Harry Potter and the Chamber of Secrets (English Edition) Kindle电子书

From School Library Journal
Grade 4 Up-Harry Potter is even more eager to leave the Dursleys and return to Hogwarts now that he knows about witchcraft, wizardry, and magic and has friends like Hermione, Ron, and Hagrid. J.K. Rowling's bestseller is presented enthusiastically by Jim Dale. Each character's personality comes through in clear descriptive tones. Listeners will enjoy hearing all the difficult words pronounced easily and clearly. It is a plus for American children to hear a British actor read the book with proper pronunciations. This recording is a wonderful addition to library collections and will make the story accessible to youngsters who might be overwhelmed by the length of the book and the complexity of some of the words.
Nancy A. Gifford, Schenectady County Public Library, NY
Copyright 2000 Reed Business Information, Inc. --This text refers to the Audio Cassette edition.

From Library Journal
Grade 3-8-With a year at Hogwarts School under his belt, Harry expects the new term to go smoothly, but a wizard's share of surprises and adventures await the likable lad and his friends. Rowling works her magic and leaves readers begging for more. (July)
Copyright 1999 Reed Business Information, Inc. --This text refers to the Hardcover edition.

From Booklist
Given the furor this book has already caused in the U.S., it seems almost redundant to review it; however. . . . Harry Potter's exploits during his second year at Hogwarts School for Witchcraft and Wizardry completely live up to the bewitching measure of Harry Potter and the Sorcerer's Stone, a Booklist Editors' Choice, 1998. Harry's summer with the spiteful Dursleys is as dismal as his life with them before Hogwarts, and not only that, a neurotic house-elf suddenly appears to warn him against returning to school. Harry, of course, goes back to school. Once there, he finds himself in danger, as predicted by the house-elf. Strange things are happening. Why can only Harry hear an eerie voice talking about escaping and killing? Who or what has put several students into a petrified state? Harry and his sidekicks, Ron and Hermione, work furiously to get to the bottom of it all. It doesn't help that the rumor spreads that Harry is the long-dreaded heir of Slytherin, one of the school's founders, who purportedly created a Chamber of Secrets that houses a grotesque monster that can only be released by the heir. The mystery, zany humor, sense of a traditional British school (albeit with its share of ghosts, including Moaning Myrtle who haunts the girls' bathroom), student rivalry, and eccentric faculty, all surrounded by the magical foundation so necessary in good fantasy, are as expertly crafted here as in the first book. Fans who have been thirsting for this sequel will definitely not feel any disappointment. In fact, once they have read it, they will be lusting for the next. Sally Estes --This text refers to the Hardcover edition.

From Kirkus Reviews
This sequel to Harry Potter and the Sorcerer's Stone (1998) brings back the doughty young wizard-in-training to face suspicious adults, hostile classmates, fretful ghosts, rambunctious spells, giant spiders, and even an avatar of Lord Voldemort, the evil sorcerer who killed his parents, while saving the Hogwarts School of Witchcraft and Wizardry from a deadly, mysterious menace. Ignoring a most peculiar warning, Harry kicks off his second year at Hogwarts after a dreadful summer with his hateful guardians, the Dursleys, and is instantly cast into a whirlwind of magical pranks and misadventures, culminating in a visit to the hidden cavern where his friend Ron's little sister Ginny lies, barely alive, in a trap set by his worst enemy. Surrounded by a grand mix of wise and inept faculty, sneering or loyal peersplus an array of supernatural creatures including Nearly Headless Nick and a huge, serpentine basiliskHarry steadily rises to every challenge, and though he plays but one match of the gloriously chaotic field game Quidditch, he does get in plenty of magic and a bit of swordplay on his way to becoming a hero again. Readers will be irresistibly drawn into Harry's world by GrandPr's comic illustrations and Rowling's expert combination of broad boarding school farce and high fantasy. (Fiction. 11-14) -- Copyright ©1999, Kirkus Associates, LP. All rights reserved. --This text refers to the Hardcover edition. --此文字指其他 kindle_edition 版本。

J. K. Rowling is the author of the beloved, bestselling, record-breaking Harry Potter series. She started writing the series during a delayed Manchester to London King s Cross train journey, and during the next five years, outlined the plots for each book and began writing the first novel. Harry Potter and the Sorcerer s Stone was published in the United States by Arthur A. Levine Books in 1998, and the series concluded nearly ten years later with Harry Potter and the Deathly Hallows, published in 2007. J. K. Rowling is the recipient of numerous awards and honorary degrees including an OBE for services to children s literature, France s Legion d Honneur, and the Hans Christian Andersen Literature Award. She supports a wide number of causes through her charitable trust Volant, and is the founder of Lumos, a charity working to transform the lives of disadvantaged children. J. K. Rowling lives in Edinburgh with her husband and three children.
Kazu Kibuishi is the creator of the "New York Times" bestselling "Amulet "series and "Copper," a collection of his popular webcomic. He is also the founder and editor of the acclaimed Flight anthologies. "Daisy Kutter: The Last Train," his first graphic novel, was listed as one of the Best Books for Young Adults by YALSA, and "Amulet, Book One: The Stonekeeper" was an ALA Best Book for Young Adults and a Children's Choice Book Award finalist. Kazu lives and works in Alhambra, California, with his wife and fellow comics artist, Amy Kim Kibuishi, and their two children. Visit Kazu online at www.boltcity.com.
Mary GrandPre has illustrated more than twenty beautiful books for children, including the American editions of the Harry Potter novels. Her work has also appeared in the "New Yorker," the "Atlantic Monthly," and the "Wall Street Journal," and her paintings and pastels have been shown in galleries across the United States. Ms. GrandPre lives in Sarasota, Florida, with her family." --此文字指其他 kindle_edition 版本。 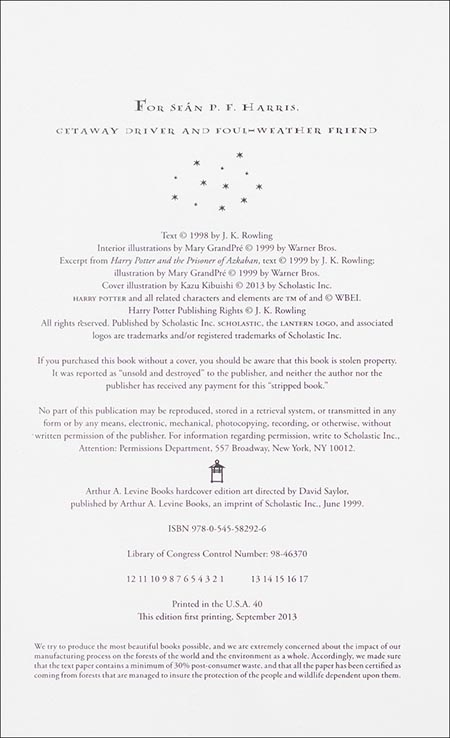 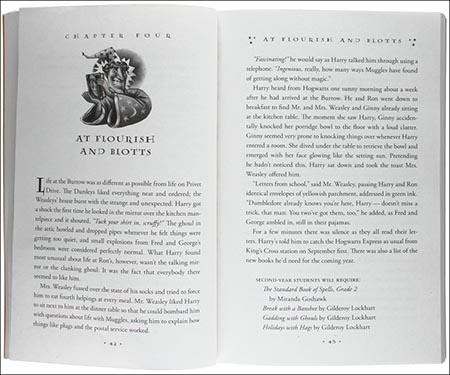 李俊
5.0 颗星，最多 5 颗星 I am a Chinese Muggle and I think it is an EXCELLENT book.
2017年5月8日
已确认购买
As a "Chinese Muggle",I am pretty like this novel.
As the 1st book,this one begins with the Harry's summer holiday life in Privet Drive,even worse than book one actually,
but when Ron and his brother came using a flying car to picked harry up,it story is getting more and more interesting.
Excellent !! and the drawing of the cover page is also fantastic.